Capitalism, climate change, and the death of worlds

Do you remember those childhood TV series where machines come and chew up the earth and the forest creatures run terrified and looking back it all seems cheesy and obvious? This blog is about why we can’t forget those narratives as adults, and what it means to be attuned precisely to the kinds of violence meted out by those machines.

Bear with me here. In this blog i’m going to try to exorcise something. To get this out is to vent, and I don’t blame you for turning away. Actually, I don’t allow myself to go full throttle anti-capitalist very often. I think there is a kind of weary emptiness that repeatedly stating crisis brings,; the brittle and barren hoarseness of shouting FIRE to people who are too bored or don’t have the attention spans to listen. But I hope this is not your standard off-the-shelf Naomi Klein (TM) anti-capitalism. 😉

Realist climate politics is an elusive beast. Denial shifts. The carriers of the torch are canny, able to shift skins and hold up progress in the most surprising ways. Against this relativist shape-shifting, the preserve of climate activism has been to rely on the aloofness of science to rise above such callous and cynical lies. ”Nature cannot be fooled” – so says Richard Feynman. And so climate scientists like the brilliant Katherine Hayhoe and others have relied upon the positivist Science given to us by the Enlightenment that states there is a single real world out there. Its this positivism that is the defence against the wild and outrageous anything-goes relativism. But is positivism our only preserve? What does it leave out? What do we sacrifice by maintaining this singular philosophy of what the world is really made of. Is any of this relevant to post-Paris climate politics?

But when we connect capitalism and climate change I think its important to keep in mind what capitalism actually is. Simply put (by an excellent Political Economy teacher we had) Capital begets capital (M-M’). We can separate that out from other forms of power doing work on the composition of the Atmosphere. In the equation there is a simple yet devastating banality. A cold and empty violence. A maths worthy of the most chilling psychopath movie. 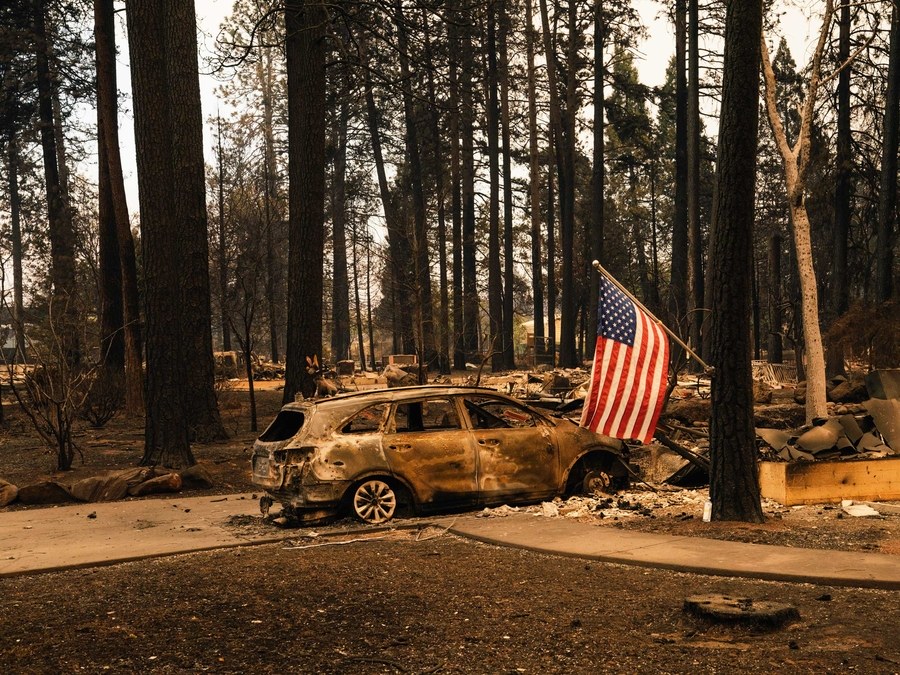 But of course capitalism is more than a formula. It’s flows of resources, institutions, but above all a way of seeing the world exclusively for its exchange value. A single value supercede and cloaks all.

The damage done directly to societies and individuals by this reductionism is well charted by the likes of Marx and Polanyi.

Climate change represent something wholly peculiar and yet – seen through the eyes of Capitalist critique – vaguely familiar. The specific damage that climate change does is measured in terms of *Loss and Damage* by the worlds largest scientific undertaking even, the IPCC; the residual harms that people and the planet must bear when adaptation has had a go at mediating the impacts of climate change.

I think Scientific Positivism is caught between a rock and a hard place here. In fact it is itself implicated in the reductionism i’m calling out. So if that is the case what philosophy of science do we use to account for the myriad ways of being in the world that are damaged and lost due to capitalism, via climate change?

The writer Aldo leopald urged us to recognise to humans, for all intents and purposes values have primacy over facts. What the climate reports and academic articles on loss and damage don’t show is the meanings lost as the thermometer ticks ever upward. Grief is becoming palpable. The overwhelming sadness that corrodes the soul, making us all less human.

One of the coolest things I learned doing an Ecology undergrad was that we live at a time with the most biological diversity ever in the history of the our planet. We live alongside the largest creature that has ever lived (the Blue Whale). How incredibly lucky we are, right? And yet, this takes on a strange taste knowing the damage we are dealing out to it.

Loss and damage can include loss of languages. Ways of knowing and being in the world.

Sometimes Hollywood seems to get what Science doesn’t. From Avatar to Pocahontas to Revenant to Annihilation, – despite the othering, belittling, infantilism –  there is an awareness of diverse ways of being in and knowing the world.

What I’m talking about here are worlds that essentially cease to exist because of the damage done by capitalism. Capitalism makes the earth in all its splintered, myriad brilliance a little darker, colder each day. It searches for closure. It seeks to complete the narrative: The earth is only capital. Nothing more nothing less. Since words become worlds, the performance of the Capitalism ‘worldview’ is devastatingly cynical. It seeks its own tail. 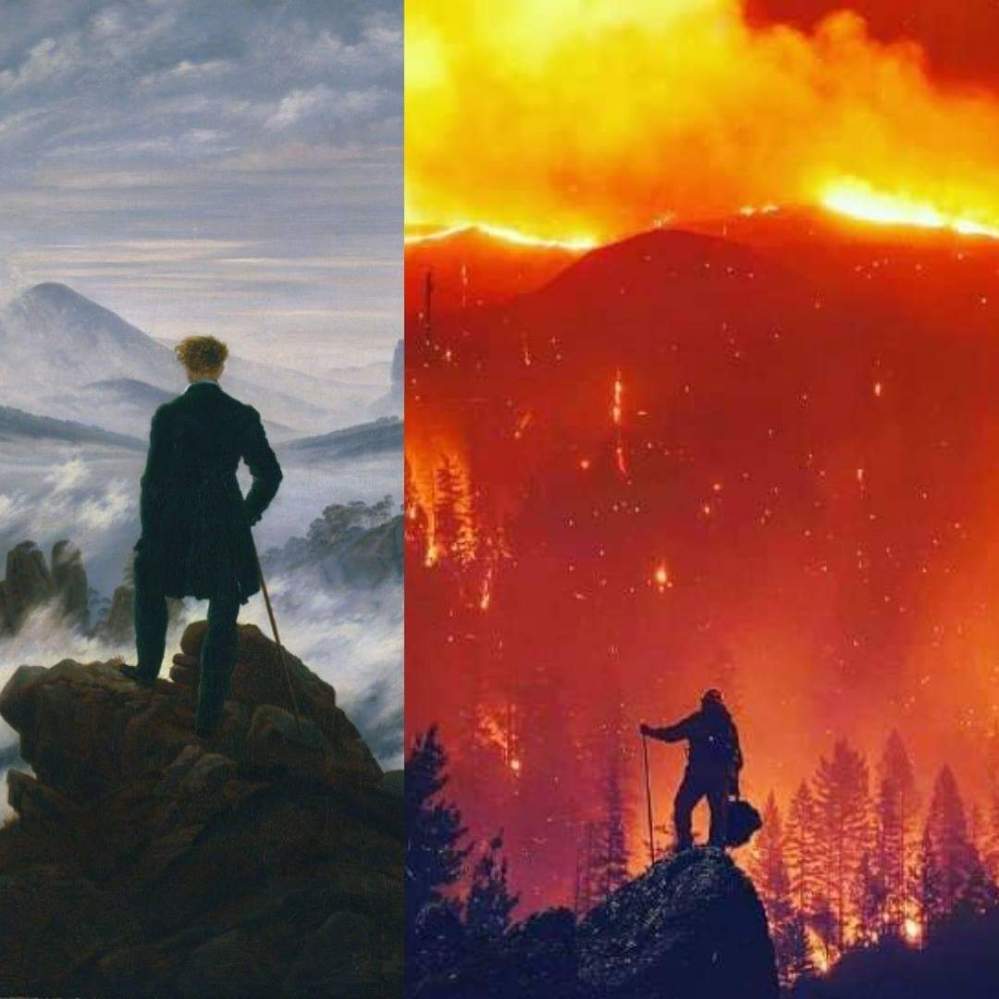 We can extend these ideas both within and beyond the traditional markers of ‘diversity’, the Disney version if you like’.

Every day Capitalism demands that we lay our freedom. Our creativity. Our intelligence. Our wisdom. Our spontaneous generosity. And above all our capacity to love at the door. Every day we are complicit in violence that metes itself out across the world.

“Our lives are not our own. We are bound to others, past and present, and by each crime and every kindness, we birth our future.” – David Mitchell

Sometime in the future our descendents will look on this shattered earth and wonder why? Why were we seemingly so unable to look beyond the end of the barrel of the gun?

If you listen in the darkness you hear it. Thrumming in a frequency you can’t quite put your finger on.

The wild and dark hope that exists precisely because of that diversity.

The resilience. The tenaciousness. capacity for survival.

And here we lie. In our raw, crude, sweaty character. We are faced with a choice. And we make each decision knowingly, willingly. We will make quite clear to our ancestors that we were not blind to the decisions we made.

Recognising our dependence on the biosphere comes as we lay claims to ever greater domination of it. Terms like Anthropocene and Capitalocene – though meant as criticism – unwittingly buy into the idea that the earth is no more and no less than what we imagine it to be. And yet the irony is that this narrative appears resilient enough to weather out the storm of climate change.

It’s not hope we need now. It’s the fire of determination sitting side by side with the slow processes of care and recognition.

Let’s remake climate politics to be something that does not reduce the world to a single way of being. I ask that we will no longer so carelessly put our names down for the everyday violence bestowed on our world and each other. That we recognise the diversity in being, embracing the togetherness in this wonderfully diverse world, and humanize ourselves by emancipating others.

“Love is an act of courage, not of fear, love is a commitment to others. No matter where the oppressed are found, the act of love is commitment to their cause – the cause of liberation.”  – Paolo Freire

[[ via Capitalism, climate change, and the death of worlds ]]

3 responses to “Capitalism, climate change, and the death of worlds”