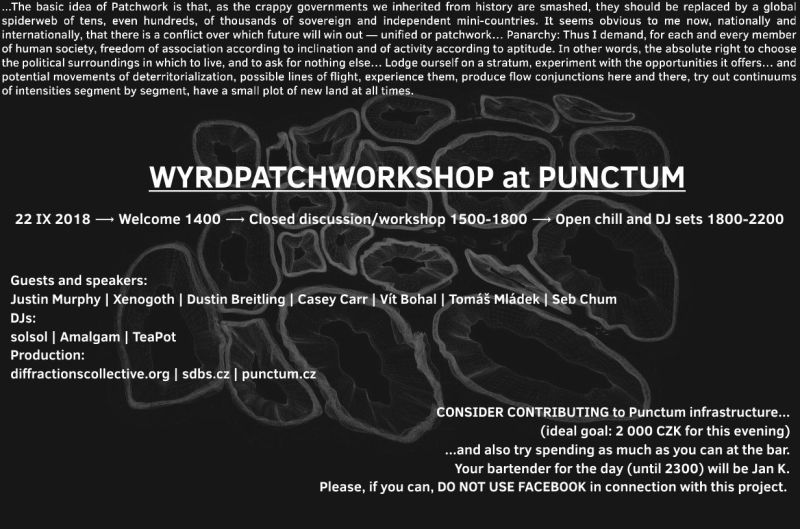 I’m going to be phoning it in to Prague on Saturday afternoon, talking about the wyrd and the weird in relation to patchwork; the gothic as a speculative aesthetics that is central to the history of thought surrounding transcendental geopolitics.