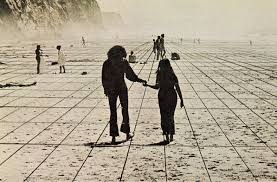 A “closed world” is a radically bounded scene of conflict, an inescapably self-referential space where every thought, word, and action is ultimately directed back toward a central struggle. It is a world radically divided against itself. Turned inexorably inward, without frontiers or escape, a closed world threatens to annihilate itself, to implode. – Paul Edwardsi

The “bunker state” is a concept taken from many different sources, with many different meanings. For some political geographers, the ‘bunker state’ refers to states organized around the dual and intertwined imperatives of oil industry monopolies of military regimes – post-colonial Algeria being on the most often-cited examples. Others have used the term to describe the kind of neo-colonialism exhibited Israel, which builds itself as a fortress buttressed by a permanent state of war taking place in a constantly-shrinking periphery. Israeli prime minister-turned defense minister (until 2013), Ehud Barak described Israel as…