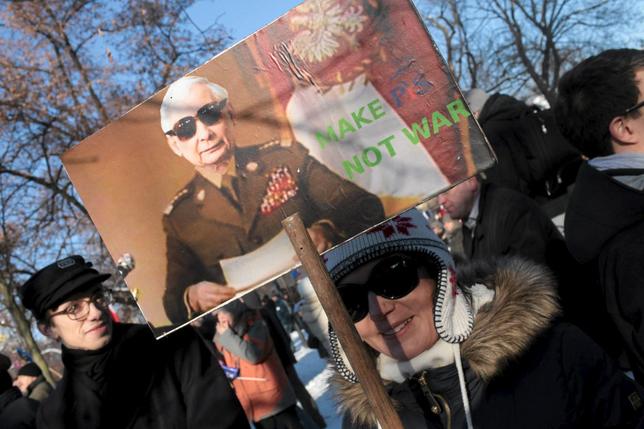 “Protesters shouted “democracy” and waved banners criticising planned changes to laws on surveillance. The measures would expand government access to digital data and allow for greater surveillance by police. The EU is investigating whether the new legislation violates its standards. The conservative Law and Justice Party was elected with a majority last October – the first time since democracy was restored in 1989 that a single party won a mandate to govern alone.”