Or should it be the Nick Cave song: “One more man gone” ?

The police kill an unarmed black teenager, Michael Brown, then try to lock down the town. 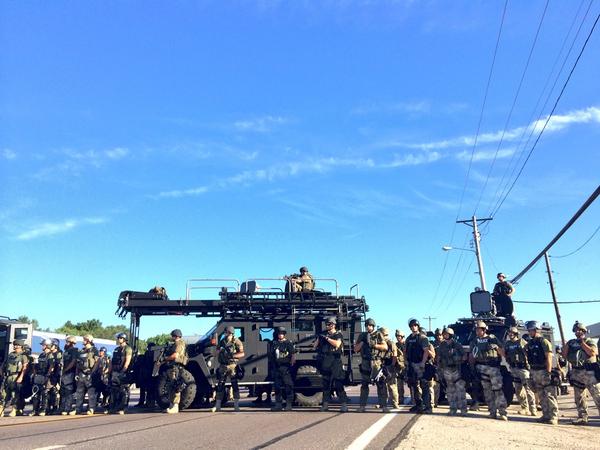 Reilly and another reporter, Wesley Moore (of the Washington Post), were arrested for not vacating a McDonalds; they were later released.

So many others have so much more, and better, to say. I’ll note simply the insanity of militarizing the police in order to protect the police.